I wanna take some time to talk about my favorite aspect of Ducktales 2017, and they're also SUPER underrated as well, so I wanna give them more love!! These guys that I wanna talk about today are the Moonlanders!!

Moonlanders are a fictional alien species that are a part of Ducktales 2017. They've first appeared in the second season of the show and have had a few episodes (All of which I absolutely love), and I'm absolutely hyped for their upcoming episode later this month!!
My favorite out of the Moonlanders is Penumbra. Just oh my goodness I love everything about her, like her character, her development, everything aaaa!!!

The Moonlanders live on Earth's Moon, and reside in a city of their own called Tranquility, which consists of buildings and architecture that's mainly geometric and made out of gold. Can I just say I LOVE their home city??? Like the way it's designed is super unique and cool and I love it so much!! I really wonder what other types of stuff they have on Tranquility 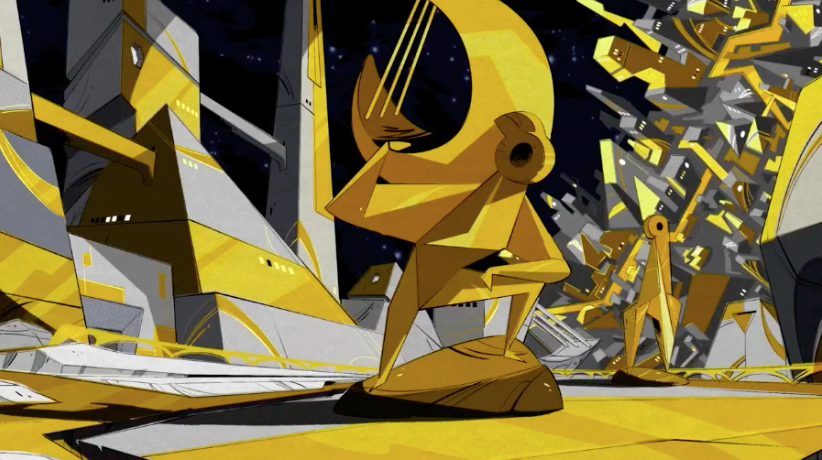 I've sent some questions to Frank in the past to try and dig up more Moonlander lore, and I've been lucky enough to have my questions answered a few times!!